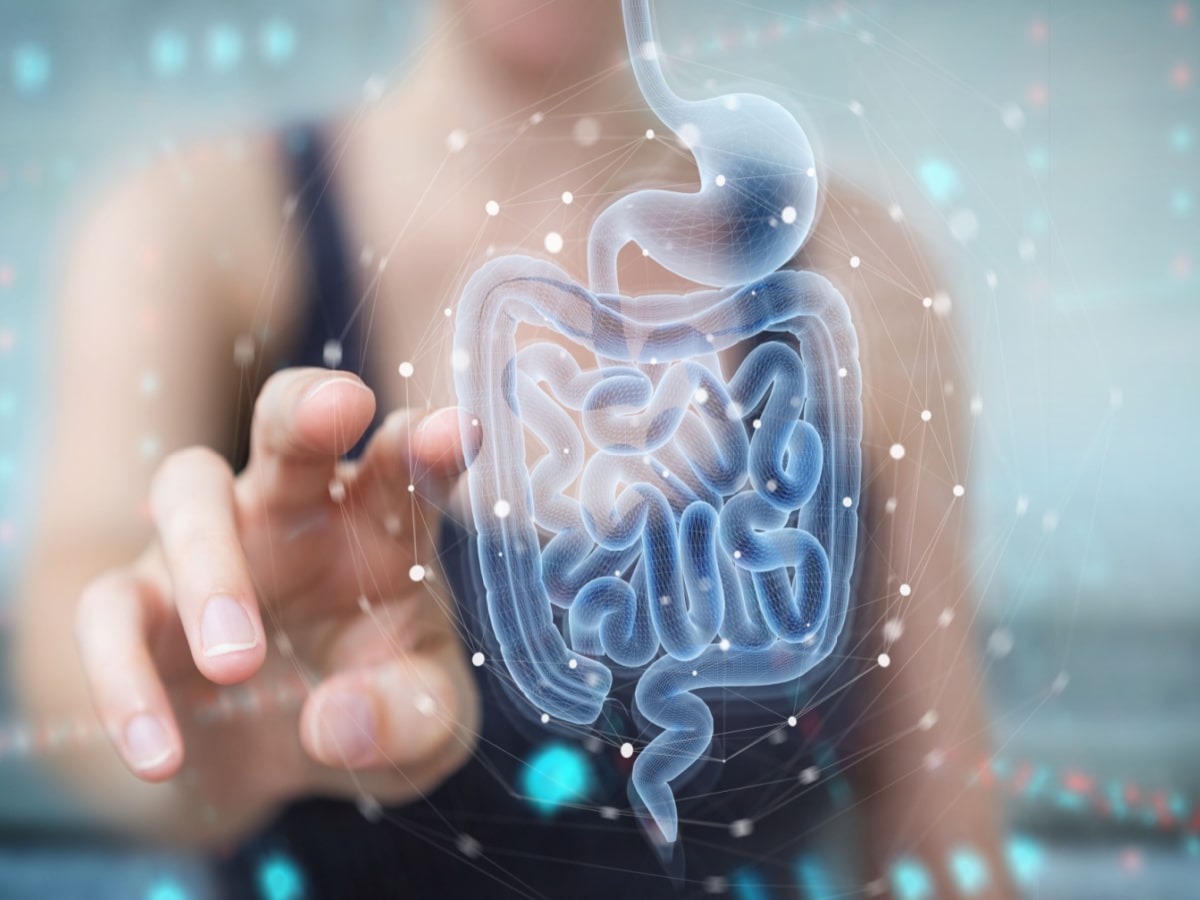 Multiple factors are understood to underly the onset of this inflammation and damage in the digestive tract.  These include:

While genetic factors may predispose an individual to increased inflammatory response, a key influence on disease onset is more environmental in nature.  This is supported by research that suggests autoimmune conditions are more prevalent in industrialised nations.

These include the increased intake of:

What are the symptoms of IBD?

The symptoms of IBD vary between the subtypes of inflammatory bowel disease and also the severity of the symptoms experienced.

While these 2 types of IBD share common aspects, there are differences between the types of gut symptoms that are seen.

The main distinction is that Crohn’s disease can impact any region of the digestive tract while Ulcerative colitis only impacts the large intestine.  Additionally, in Crohn’s disease, the damage affects the entire gut wall while in Ulcerative Colitis it’s only the top layer known as the epithelium.

It is also more common for those with Ulcerative Colitis to experience rectal bleed than those with Crohn’s Disease.  [Source: Pubmed]

The differences between Crohn’s Disease and Ulcerative Colitis symptoms are shown in the following table:

A common complication of Crohn’s disease a blockage of the bowel.  The swelling of the wall of the intestines due to inflammation or fibrosis.

Due to the impact of Crohn’s disease on the small bowel, the site of absorption of vitamins and minerals, malnutrition is also common.  [Source: Pubmed]

This risk as higher for the development of Crohn’s Disease than it was for Ulcerative Colitis. [Source: Pubmed]

Supplements that support anti-inflammatory processes are also central to any approach for inflammatory bowel diseases.

Due to the potential side effects of medications, these may be better tolerated.

Side effects are pharmaceutical anti-inflammatories may include vomiting, diarrhoea, and nausea. [Source: Pubmed]

Turmeric is often suggested in the form of curcumin.

This has a number of benefits in the gut of those with IBD.  These include:

Curcumin has been studied in those with Crohn’s disease which lead to a significant improvement in symptoms are well as endoscopic findings.  [Source: Pubmed]

It is commonly characterised by:

This general imbalance also has the potential to influence the inflammation in the gut.  This is understood to be via its impact on the immune system or via a metabolic pathway. [Source: Frontier, Pubmed]

Probiotics are described as beneficial bacteria that when taken in adequate amounts have a beneficial impact on the host.
In IBD, these benefits have been indicated to include:

Vitamin D plays a role in many areas of health.  In the digestive tract the role of vitamin D includes:

Vitamin D deficiency is more common among those with IBD than in healthy controls.  Studies have found that normalizing levels of vitamin D provide benefits such as:

Although there is no cure for inflammatory bowel diseases, there are key interventions to support and maintain remission.

These involve dietary, supplementation and lifestyle interventions.  At the IBS & Gut Health Clinic, research into these key natural interventions is used to create personalised health plans to support your gut health with the aim of achieving and maintaining remission.