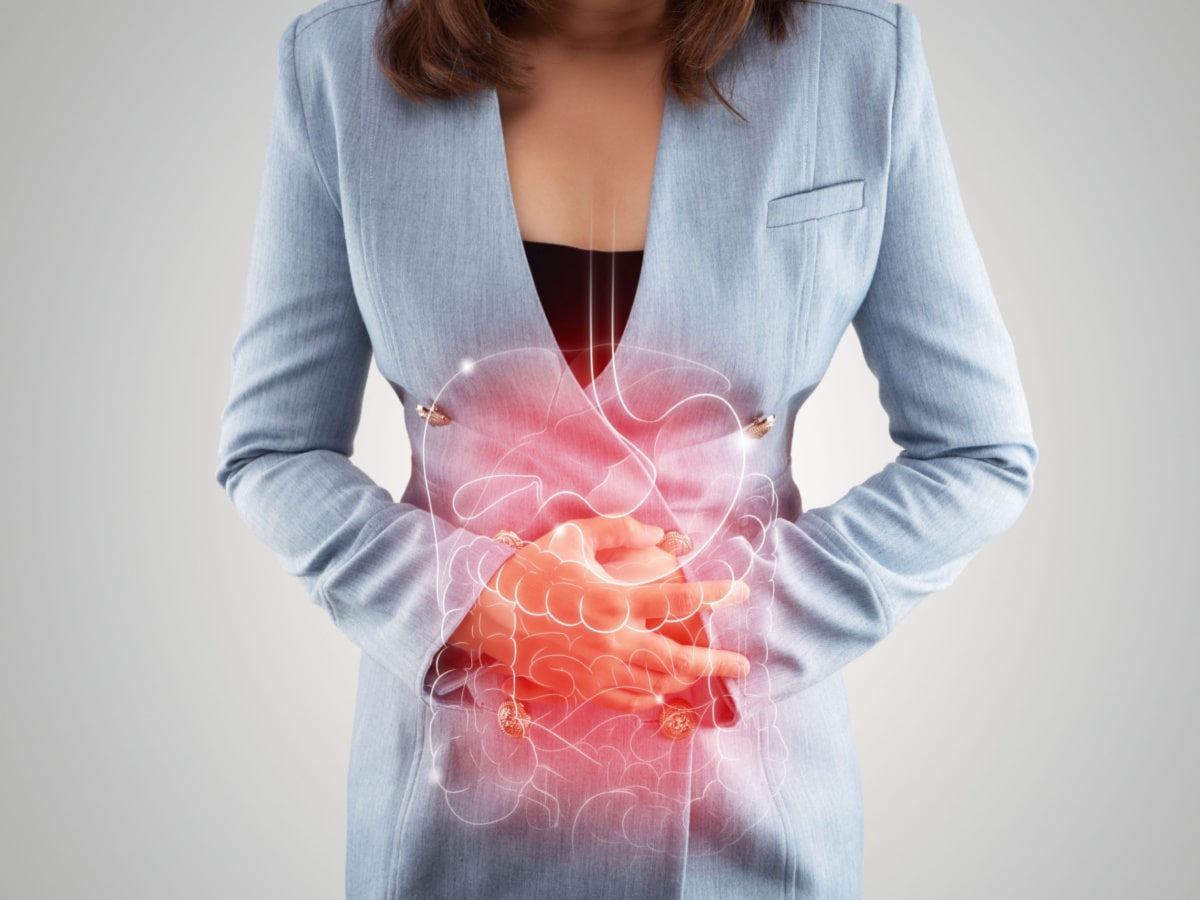 Ulcerative Colitis is a chronic inflammatory bowel condition. While the exact cause is unknown it leads to inflammation along the lining of the large intestine, also called the colon.

The extent of the inflammation varies between individuals, however, a common theme among all with this condition is the relapsing and remitting of symptoms. This refers to the periods where someone is symptom-free vs periods of flare-ups.

While this disease cannot be cured the aim of any approach is to work towards and maintain a state of remission.  [Source: Pubmed]

While a single cause for Ulcerative Colitis is not known, it’s understood to result from a combination of factors.

The risk factors can be thought of as creating a perfect storm which leads to the onset of the condition.

These risk factors are:

There are increased risk factors between 2 time points in someone’s life.  These are between 20 and 30 years of and between 50 and 80 years of age.  While not conclusive, some research has indicated an increased prevalence in males. [Source: Science Direct]

Those of Jewish heritage have a 3 fold higher risk of developing Ulcerative Colitis when compared to non-Jews.  Also, within the Jewish population, Ashkenazi Jews have a higher prevalence compared to the Sephardim, American and European Jewish populations [Source: Pubmed]

About 8-14% of those with a diagnosis of Ulcerative Colitis have a family history of IBD. Alterations in specific genes have been reported which are understood to be central to this increase [Source: Pubmed].

While the risk of Crohn’s disease increases in those who smoke, in Ulcerative Colitis the risk of developing the condition actually increases when individuals stop smoking.  Studies have shown that current smoking leads to a later onset of the disease, milder inflammation and a reduced need for immunosuppression medication and surgery [Source: Pubmed].

Part of the understanding of the onset of Ulcerative Colitis is based on the immune response to specific foods.  The Western Diet (which is high in refined carbohydrates, and processed meats) has been linked to an increased rate of inflammatory bowel conditions.  This type of diet, due to its low levels of gut-friendly fibres, can be thought of as weakening the gut, making it more susceptible.[Source: Pubmed].  Sensitivity to cows milk protein during early life has also been associated with an increased risk of developing Ulcerative Colitis. [Source: Pubmed]

What are the symptoms of Ulcerative Colitis?

The most common digestive symptoms in someone with Ulcerative Colitis include:

The diagnosis of this condition is made based on several factors.  This is the presence of specific symptoms, finding from colonoscopies and the absence of an alternate diagnosis.

However, Ileocolonoscopy with biopsy is the only way to make a definitive diagnosis [Source: Pubmed]

As already mentioned, changes in human dietary patterns have been closely linked with the onset of Ulcerative Colitis.

One study indicated that the consumption of soft drinks (sugar-sweetened/carbonated drinks) is associated with a 69% increase in Ulcerative Colitis development.  [Source: Pubmed]

In opposition to this, the consumption of omega-3 fats was associated with a reduction in the risk of disease development. [Source: Journals]

While the precise mechanisms regarding the role that foods play and how it contributes to the onset of the disease, is unknown several explanations have been explored.

The imbalances in the gut microbes have been seen in many, but not all of these with Ulcerative Colitis.  A key area that is often seen is a reduction in the diversity of the microbiome. [Source: Pubmed]

This reduction in diversity can be thought of a reduction in the richness and the resilience of the microbiome. This may make it more susceptible to further changes.  [Source: Pubmed]

Due to the central role that the food we eat plays in the consumption of the gut microbiome, diet is a key area of focus when addressing gastrointestinal conditions.
Part of the benefit that food provides is the production of short chain fatty acids (SCFAs).  These are essential energy sources for the cells along the lining of the gut.  [Source: Springer]

SCFAs help to support the lining of the digestive tract as well as immune function in the gut.  This has been reinforced via the use of SCFAs in the form of nutritional supplements in the treatment of inflammatory bowel conditions [Source: Pubmed, Pubmed]

The role of specific diets in inflammatory bowel disease can be found in a previous article here.

While many of those with digestive conditions report food plating a central role in their symptoms, it is often an area that is overlooked.

While foods may be making symptoms worse, identifying and limiting those foods is only a small part of the overall picture.

If the key areas within the gut can be addressed and supported the aim is to continue to and sustain a period of remission.