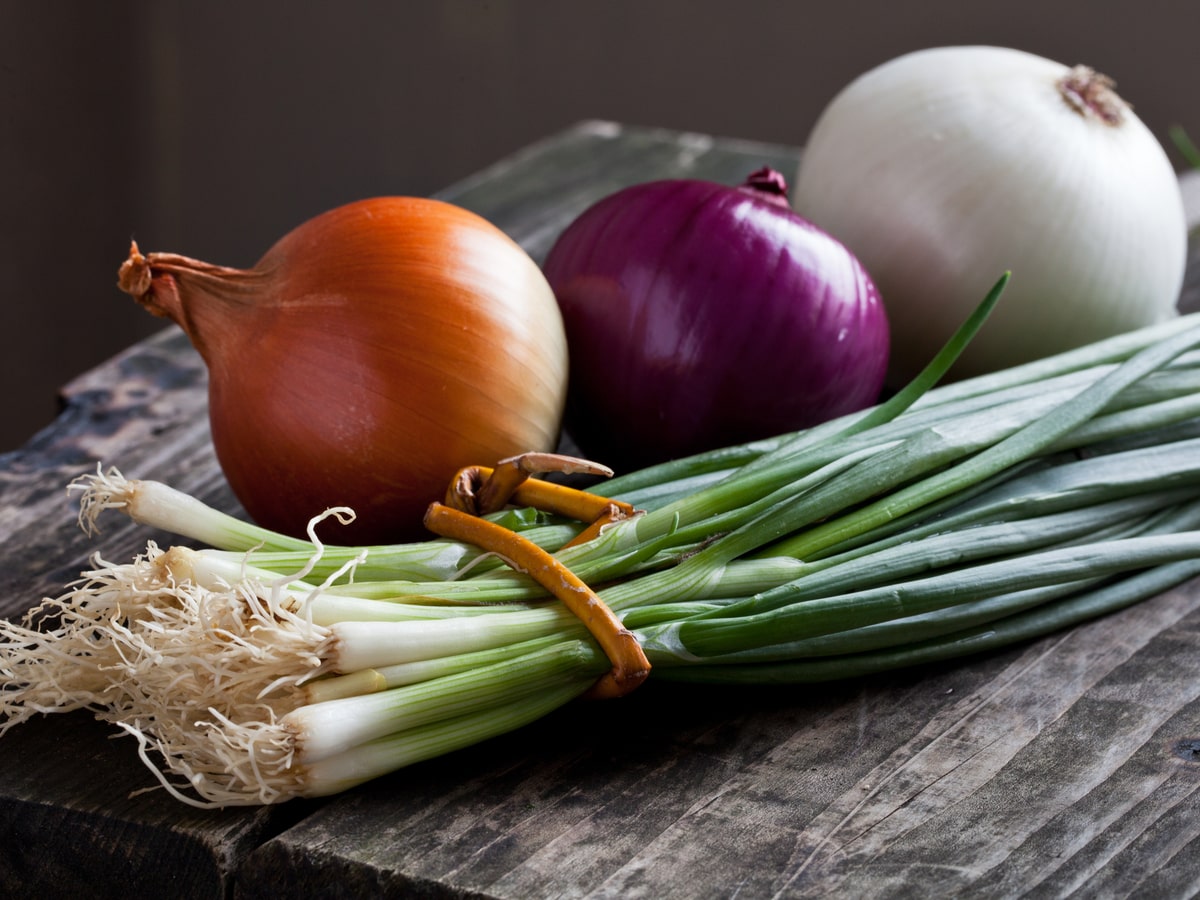 Contents
What is IBS?
Which foods trigger IBS?
The low FODMAP diet
Onions and IBS
How much onion can I eat with IBS?
How long does an IBS flare take to calm down after eating onions?
How do I cook without onion?
Conclusion

IBS is one of the most diagnosed gastrointestinal disorders, with between 5-30% of the population experiencing symptoms [Source: Pubmed]

While there isn’t a test for IBS, the diagnosis is made based on 2 key factors.

These are the common symptoms of IBS, which include bloating, altered bowel patterns, and pain. These a defined with the ROME IV criteria.

While these symptoms describe the sensations within the digestive tract. They do not offer an explanation for why these symptoms are happening. In IBS, these underlying issues can fall into 3 main categories:

Up to 80% of people with IBS identify food as a possible trigger for their symptoms.

These triggering foods can lead to a reaction within a short space of time and result in symptoms such as:

While these individuals may see a clear relationship between food and their symptoms, it can be difficult to pinpoint the precise culprit. This may lead to anxiety around food choices and an increasingly restrictive diet.

A low FODMAP diet is a dietary strategy that has been researched to help improve symptoms of IBS, regardless of the underlying cause of the symptoms.

While not a treatment, it can be helpful to think of this diet as a symptom management strategy. [Source: Pubmed]

FODMAPs are groups of non-digestible carbohydrates (including fibres and sugars) founds in a range of natural foods. These include apples, pears, wheat, beans, lentils, as well as garlic and onions.

FODMAPs actually stands for Fermentable Oligo-, Di-, Mono-saccharides, And Polyols. These are the scientific names of the carbohydrates founds in these foods.

While it’s common for some of the FODMAPs to aggregate IBS symptoms, it’s not common for all FODMAPs to cause symptoms in the same IBS patient. This can mean that the full version of the diet, referred to as the introductory phase of the low FODMAP diet, is too restrictive for most.

This leads to certain doubts regarding the low FODMAP diet.

The reason FODMAPs may cause symptoms is due to 3 main factors.

With this in mind, the aim is to identify and limit the specific foods that are most problematic. For some, this can be a simple food such as onion.

Onions belong to the FODMAP category known as fructans. The human body has a limited ability to break these down and only absorbs 5-15% in the small bowel.

The remaining amount is delivered to the large intestine, where they’re fermented. In an aggravated or imbalanced gut, this may then potentially lead to symptoms such as bloating or diarrhoea. [Source: Pubmed]

How much onion can I eat with IBS?

While onions can be an issue for many and trigger IBS symptoms, there is often an amount that can be tolerated.

For some, this may be as little as 1 teaspoon. However, this is highly personalised and does require a certain amount of experimentation.

There may also be individual tolerance between cooked and raw onion.

How long does an IBS flare take to calm down after eating onions?

As the amount of onion that can lead to symptoms is highly personalised, so is the severity of the reaction. This is also related to how long symptoms last after they flare up.

If onions are an issue, then the reaction can start as quickly as 20 minutes after eating them but may also be as long as 6 hours after the food has been consumed.

The same is true with reactions.

This can last a short period of time, yet for some, their symptoms may flare up for 2-3 days.

How do I cook without onion?

There are 3 key ways to cook without onion that can still offer the same flavours.

While FODMAPs can cause an issue for some, it’s important to keep in mind that the foods aren’t the issue.

It’s the way the body is responding to these foods.

Working with a registered nutritional therapist can be an important way to navigate these changes. Both through the low FODMAP diet to identify triggers and address the underlying issue to allow these foods to be worked back into the diet.