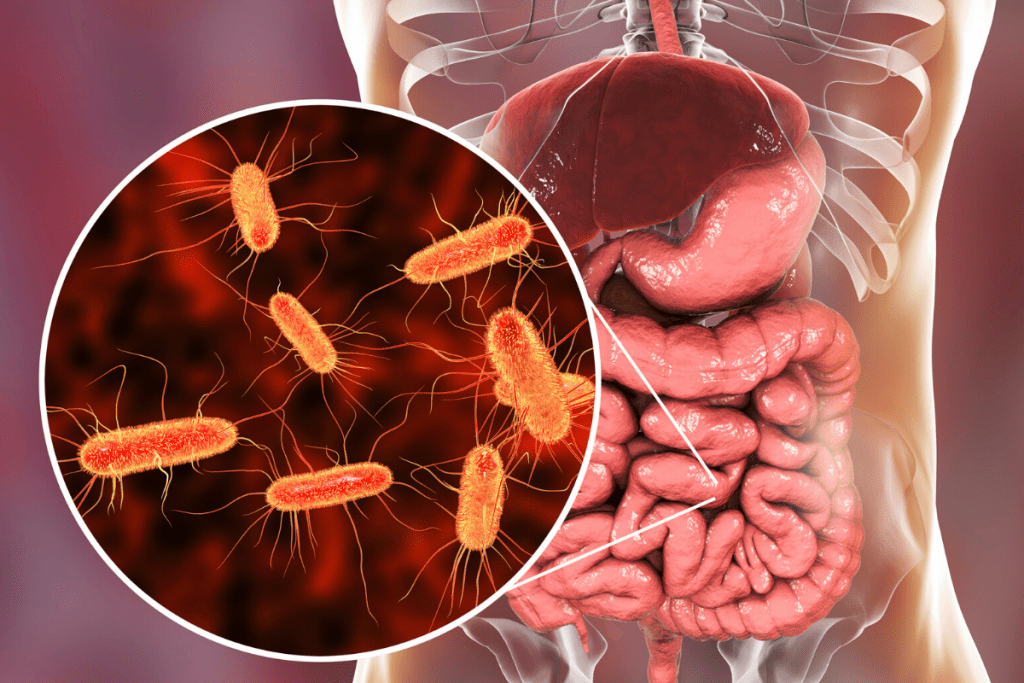 Contents
What do our gut bugs do for us?
What is Diversity?
So, What Impacts Diversity?
Our Bacterial Friends
What Can We Do?
Medication
Food Additives
Chemicals
Diet
So what do we eat?
Polyphenol Rich Foods
Conclusion

The gut is my main area of fascination and with the bacteria that live there being a massive component of our health how can we optimise it?

We know the gut has many roles, from digesting and absorbing food to eliminating waste but the bugs that live inside our gut go above and beyond our initial expectations.  The human gut microbiota contains 100 trillion bacteria (yep!) which may be 10 times the number of cells in the human body and stem from over 1000 species.  Yet, while the war on bacteria may have led us to believe that it was an ‘Us VS them” scenario it is now clear that it is an “us and them” relationship with both sides coming out of the deal better off than if we were to go at it alone.  With the total amount of bacteria in our gut weighting between 1-2kg we need to think about it as an organ in it’s own right.  How would we get on with a poorly functioning liver?  Not very well…and it’s the same with a poorly functioning gut.

What do our gut bugs do for us?

There is a constant stream of research being released which looks into the role our gut bacteria play in our overall health.  At the moment we know that these beneficial bacteria help to modulate our immune system, promote ‘normal’ gut movements, improve nutritional status through vitamin synthesis (eg B vitamins and vitamin K), metabolism regulation, mood management and production of beneficial compounds called short chain fatty acids (SCFA).

As is often said, diversity is the spice of life and the gut is no different.  If we think about a social community it wouldn’t be very well balanced if everyone was a doctor.  While we need doctors we also need bus drivers and teachers and so on to have a thriving community.   The gut is no different and the more diverse the microbial ecosystem the healthier is appears to be with loss of diversity associated with an increased risk of asthma and allergy in children as well as obesity, insulin resistance, autoimmunity and systemic inflammation.

So, What Impacts Diversity?

As some researchers believe, our microbiotic communities are under threat.  Humans and these bacteria have coevolved over thousands of years but through modern lifestyle practices, dietary patterns and medications this bacterial diversity appears to be dwindling.  The most common causes of this reduction in diversity appear to be:

– Increased rates of pre-term and infant antibiotic use

– Widespread antibiotic use throughout life

– Increased use of antibacterial soaps, creams, and sprays

Since the first exposure to bacteria we have is while we are still developing inside the womb with the second being the bacteria we’re exposed to upon birth the bacterial diversity of the Mothers also plays a role on the diversity of the offspring.  These factors that impact maternal microbial diversity include: antibiotic exposure and length of use, if antibiotic cocktails were use (ie for H pylori infections), antibiotic use during pregnancy & at birth, PPI exposure during life and pregnancy as well as and food additives and environmental chemical exposure.  This depleted ecosystem provides the first inoculation of beneficial bacteria to the infant which seems to start them on the back foot.

What Can We Do?

There are 4 keys areas to focus on;

1. Avoid and/or limit medical interventions that can cause dysbiosis (it goes without saying, please speak to your doctor before discontinuing any medication)

3. Avoid and/or limit duration of dietary approaches that cause depleted bacteria

4. Use foods that enhance microbial diversity and nurture the bacteria ecosystem.

Medications such as antibiotics, PPIs, metformin, NSAIDs (ibuprofen) and chemotherapy drugs all appear to have detrimental impacts of the gut ecosystem and it seems that the more drugs someone is taking at once the greater the impact.  The impact antibiotics have is the largest with consequences including increased susceptibility to infections, a compromised immune system, dysregulated metabolism and the accumulation of antibiotic resistance all associated with their use.  While their use is sometime vitally important it can be helpful to address the underlying issue in the situations where PPI and metformin are being prescribed.  If medication is unavoidable the microbiota can be supported with the dietary guidelines below.

Consumption of artificial sweeteners can also alter the bacteria in the gut.  Sucralose has been shown to reduce the levels of both bifidobacteria and lactobacilli groups of bacteria as well as increasing the pH of the colon.  The change in the pH, pushing the gut towards a more alkaline environment allows non-beneficial bacterial to thrive.

Saccharin shows similar changes with increases in bacteroides and staphylococci and decreased concentrations of Lactobacillus reuteri and Akkermansia muciniphila.  In addition, these changes in the microbiota are associated with the development of glucose intolerance.

Chemicals from household products also seen to be having an impact on the gut bugs.  Diethyl phthalate (found in plastics), methylparaben (anti-fungal preservative in make-up and moisturisers), triclosan (anti-bacterial preservative in toothpastes) – when administered to rats at doses comparable to human exposure from birth through to adulthood it showed a detrimental impact on the bacteria with “exposure to the environmental chemicals produced a more profound effect on the gut microbiome in adolescents”.  Phthalate free products are available that use natural preservatives.  One of the brands I often recommend is Green People.

Besides medication and environmental compounds, the health of our gut may hinge on our diet.  One approach that seems to have an impact on the diversity is a high protein / low carb die which showed a 50% decline in faecal concentrations of bifidobacteria in just 4 weeks as well as in several other beneficial species.

The western diet also seems to impact the gut by, what research call, “starving our microbial selves” through a diet low in polyphenols, low in total dietary fibre and high in processed foods and food additives with additional high exposure to environmental chemicals.

So what do we eat?

A good rule thumb is to aim to eat 40+ different whole, minimally-processed plant foods each week which should make up approximately 90% of your plate at each meal time.  These will contain a high amount of resistant starches; polyphenols; prebiotic-rich foods; prebiotic- like foods; gums; mucilages; pectins; soluble and insoluble fibres.  The prebiotic rich foods that specifically stimulate the growth of beneficial bacteria are found in a range of foods with the most pre-biotic rich being garlic, onions, leeks, Jerusalem artichokes, lentils, haricot beans, lima beans and red kidney beans.

Our environment can also impact out diversity with living on a farm to get your hands dirty in the garden helping to influencing diversity.

I hope this has given you a good idea of how to nurture your gut and ensure your gut bacteria are well cared for.  As has been said, we do not inherit the gut bacteria from our ancestors, we borrow it from our children.