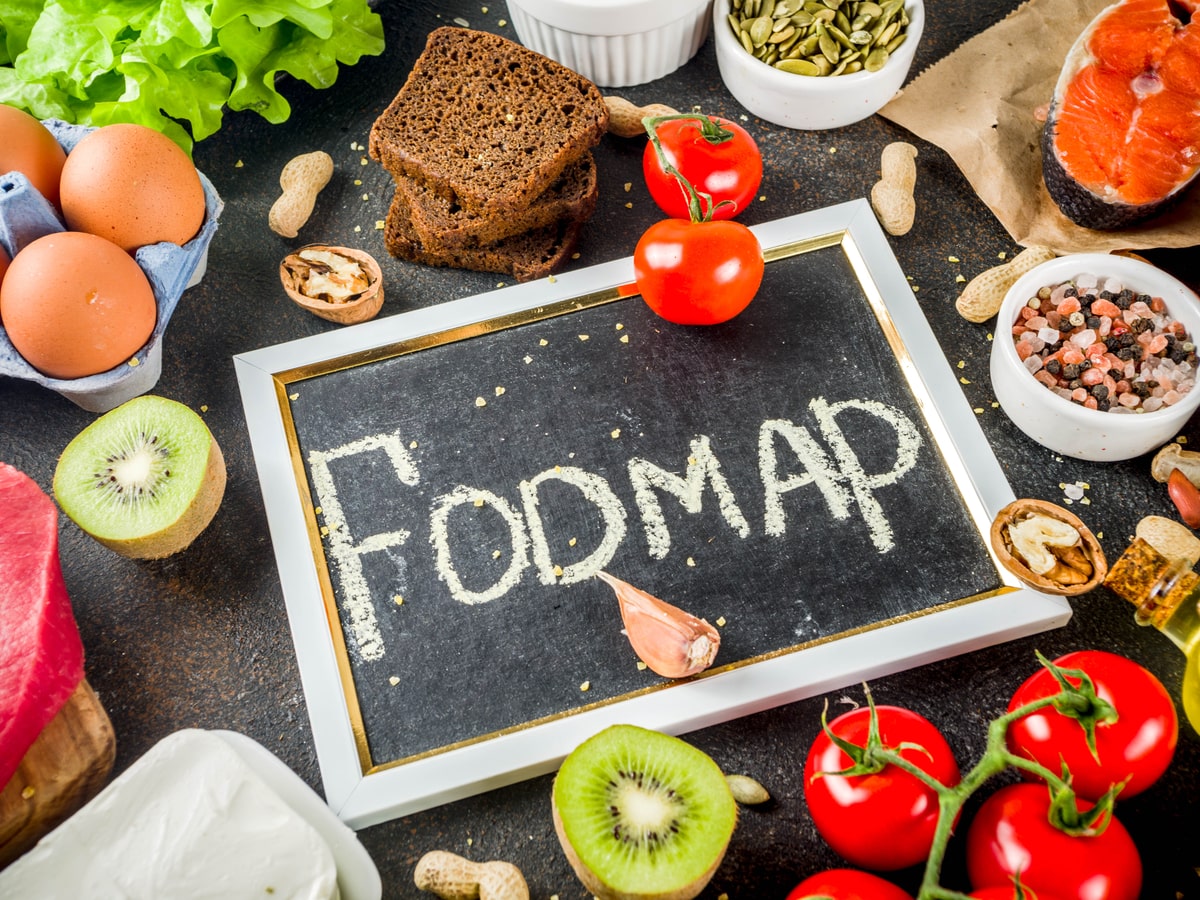 What is a Low FODMAP Diet?

By Martin Cohen 9th May 2022 Articles, IBS
No Comments

What is a Low FODMAP Diet?

By Martin Cohen 9th May 2022 Articles, IBS
No Comments

IBS is a chronic digestive condition impacting up to 15% of the global population. It is characterised by a range of symptoms.

These symptoms of IBS include:

Up to 70% of those with IBS report that food is a trigger for their symptoms, and it’s not uncommon for many sufferers to attempt to restrict known triggers. [Source: Pubmed]

Due to the wide range of foods that have the potential to trigger IBS symptoms, it’s uncommon for a single food to be the culprit. [Source: Pubmed]

Before the development of the low FODMAP diet, the dietary advice was generic and not personalised. This includes suggestions such as:

Suggestions such as the removal of lactose-containing foods remain controversial as all those with IBS may not be sensitive to this. [Source: Pubmed]

A low FODMAP diet is a dietary tool that restricts a range of carbohydrates found in common foods. Due to changes in the digestive system, foods high in FODMAPs may trigger or worsen digestive symptoms.

Rather than these foods being the cause of IBS, they may simply place extra pressure on the gut when there is already an imbalance. These imbalances are often referred to as the root causes, and in IBS, they include:

The low FODMAP diet has been devised to remove certain food that contains short-chain carbohydrates. These carbohydrates are poorly absorbed and easily fermented by the bacteria in the gut (the gut microbiome). [Source: Pubmed]

This fermentation process may then lead to increased water entering the gut as well as an increase in gas production.

This ultimately leads to abdominal distention (visible bloating) and IBS symptoms such as pain and altered bowel movements. [Source: Pubmed]

These changes can lead to symptoms of IBS via effects on the following:

A low FODMAP diet is a method of reducing the amount of fermentation taking place in the gut.

This can often help reduce the severity of IBS symptoms. However, as will be discussed, this is not a long-term diet to follow.

What are FODMAP foods?

FODMAPs are found in a wide range of seemingly unrelated foods. These include:

High FODMAP grains and cereals include wheat and rye.

FODMAPs can also be found in common sugar-sweetened foods and drinks. These are often in the form of fructose and sugar polyols (sorbitol, xylitol, erythritol) [Source: Monash]

Even though the list of FODMAP-containing foods is long, it’s uncommon for all of these foods to be an issue.

However, to identify specific triggers, the diet begins with an elimination phase with 2 further phases following this.

What can I eat on a low FODMAP diet?

A wide range of foods are permitted during the elimination phase of the low FODMAP diet.

Low FODMAP grains and cereals include oats, buckwheat, and rice

Low lactose dairy foods include hard cheeses such as cheddar, camembert, and brie

How long is low FODMAP for?

When used in isolation, phase 3 of the low FODMAP diet is considered a long-term approach.

In simplest terms, this involved identifying the specific foods that trigger symptoms and avoiding them forever.

The problem that some have with this approach is that it does not address the reason why the reaction may be taking place. For example, you may be reacting to garlic, but why is this reaction taking place?

With this in mind, if FODMAP triggers are identified, their removal is primarily for symptom management and not a treatment.

This focus on food being the cause of symptoms (rather than aggravating an underlying issue) can lead to people becoming hyper-focused on their diet. This had led some to comment that a low FODMAP diet should not be considered in those with current or historical eating disorders. [Source: Pubmed]

The reduction in fermentation also impacts the growth of beneficial bacteria in the gut. Research indicates that key, friendly bacteria such as Bifidobacterium and Faecalibacterium prausnitzii are reduced in number in those on a low FODMAP diet. [Source: Pubmed]

Due to these potentially negative aspects of the low FODMAP diet, it is not considered a long-term approach.

It’s not all about FODMAPs

Even when adopting a low FODMAP approach, working to address the underlying reason for IBS symptoms is an essential part of the approach.

By addressing these underlying issues or imbalances, the aim is to reintroduce the FODMAP foods that we were triggering symptoms.

Several approaches have been shown to have a similar or increased level of benefit to a low FODMAP diet.

These have shown to be beneficial even without restricting FODMAP-containing foods.

With the overlapping causing of digestive symptoms, an approach than combines these factors may be most effective.

While a low FODMAP diet can be helpful in reducing symptoms of IBS, it doesn’t address the underlying imbalance.

Rather than asking ‘what food is causing symptoms?’ we ask ‘why is the body reacting to food in that way?’

By addressing this underlying issue, the aim is to move towards an unrestricted diet while remaining symptom-free.