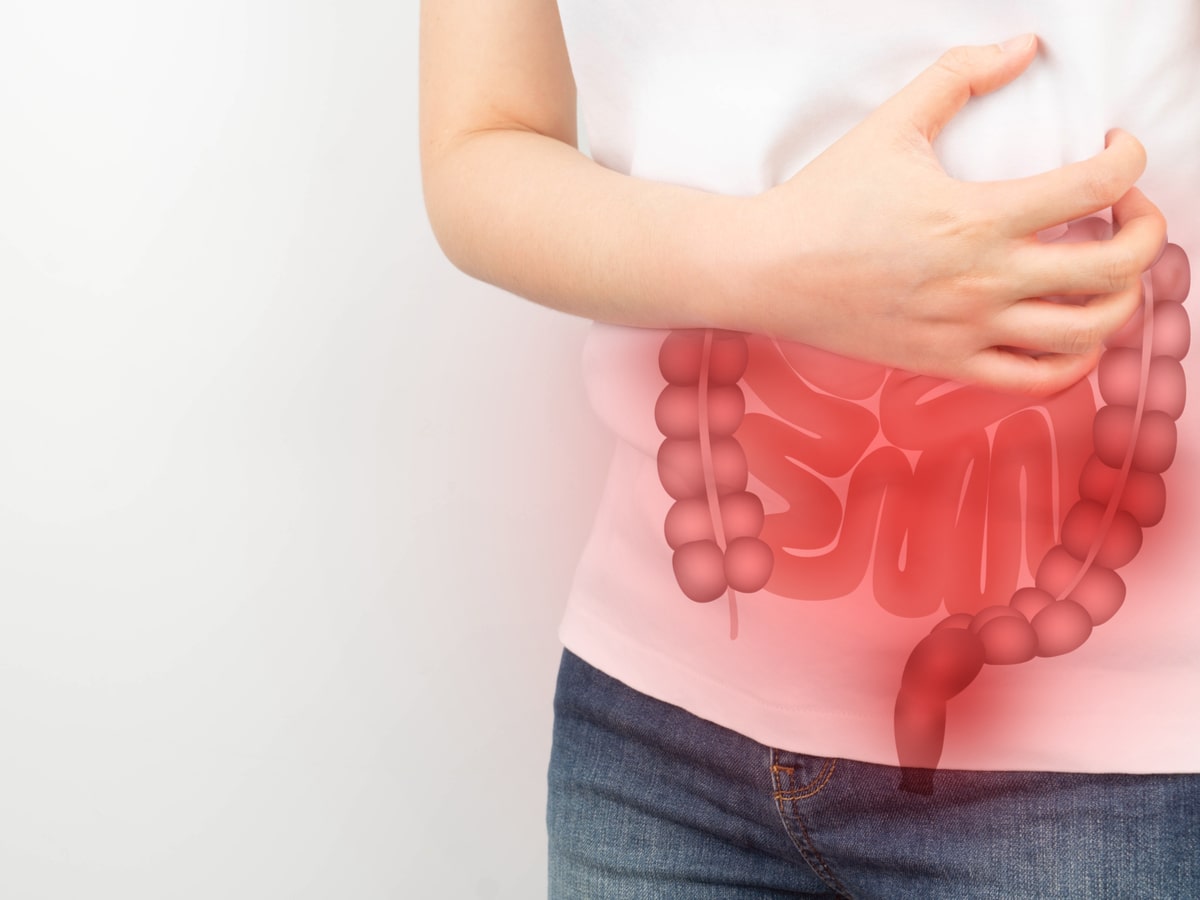 Irritable bowel syndrome (IBS) is a chronic digestive condition. It impacts up to 20% of the global population, with a higher prevalence in women than men.

There are key symptoms of the condition. These include:

It is also subtyped into 4 categories which are:

What are the Symptoms of an IBS attack?

For some, symptoms of IBS can be present most days. For others, these symptoms can appear seemingly at random after periods of having no symptoms.

It is common for these IBS flare-ups to be called IBS attacks.

The symptoms of an IBS attack are typically referred to as IBS symptoms.

These include digestive symptoms such as:

Symptoms of anxiety can also be present during IBS attacks due to the communication between the gut and the brain, referred to as the gut-brain axis. [Source: Pubmed]

Causes of an IBS attack

There is a well-documented link between the food we eat and digestive function.

The western diet includes high amounts of processed foods and low levels of beneficial gut-friendly fibres. This may lead to imbalances in the gut that increase the likelihood of someone developing IBS symptoms over the long term. One way to think about this type of diet is that it weakens the gut. [Source: Pubmed]

From the point that symptoms develop, there may then be a wide range of foods that can contribute to an increase in symptoms.

This may be an ongoing issue for some sufferers. It may also be that the sensitivity to these foods may increase during a flare-up.

Other foods that may worsen symptoms during a flare-up are foods containing high amounts of FODMAPs.

These contain specific types of sugars/carbohydrates that may contribute to symptoms in susceptible individuals.

These foods include the carbohydrates; lactose, fructose, sorbitol, xylitol, and mannitol which have the potential to be fermented, leading to pain and increased gas. [Source: Pubmed]

The high FODMAP foods many react to are:

While these foods are considered healthy, if there are underlying factors such as bacterial imbalances or increased sensitivity in the gut, these foods can lead to a reaction.

This would commonly be referred to as food intolerance.

Poor or disrupted sleep can contribute to IBS symptoms. One study concluded that a single night of disturbed sleep leads to increased abdominal pain the following day. However, this alteration in sleep and pain did not appear to impact bowel movements.

Other areas of pain during an IBS flare-up include:

Poor sleep is very common amongst those with IBS, with 74% describing themselves as poor sleepers. It was also observed that poor sleep was not due to IBS symptoms during the night. [Source: Pubmed]

Disruption of the sleep-wake cycle has also been identified as a risk factor for IBS symptoms. This has been noted in research into shift workers such as nurses. Those who work a night shift are more likely to develop symptoms than those with a fixed working pattern. [Source: Pubmed]

Specifically, sleep can lead to dramatic physiologic alterations. This includes an increase in pro-inflammatory messengers in the body, an increase in cortisol, and reducing the tone of the parasympathetic arm of the central nervous system.

The parasympathetic arm of the central nervous system is also referred to as the rest and digest arm.

Therefore, alterations in this balance have the potential to contribute to gut issues. [Source: Pubmed]

Chronic stress can lead to general shifts in the balance of the gut microbiome. This general alteration is termed dysbiosis. This has been suggested to be a key factor in the onset of IBS but also may contribute to flare-ups.

This has been highlighted in research that indicated that imbalances in the gut microbiome interact with the immune system as well as the central nervous system.

This may then have a knock-on effect leading to digestive symptoms via the gut-brain axis.

IBS symptoms may flare up following a gastrointestinal infection or food poisoning. This is commonly referred to as post-infectious IBS.

Following a gastrointestinal infection, symptoms can begin or increase in severity or frequency. While the offending organism has been cleared by the immune system, several changes may remain that contribute to symptoms.

This can be due to a combination of factors such as:

The specific approach for each person requires an understanding of why their symptoms are present. Based on these underlying factors, appropriate treatment recommendations can be made.

A key part of this is to identify specific triggers to help manage symptoms while also working to ensure the diet is rich in tolerated plant foods. The diversity and richness of the diet is an important approach to nourish the gut microbiome for long-term gut health.

The aim of the approach is also to work to re-introduce any previously restricted foods. This can involve the use of specific supplements to modify the gut microbiome.

Additional support for stress management as well as working to improve sleep as also key aspects.

It’s common for IBS flare-ups to be caused by a combination of factors. These include stress, poor sleep, alcohol and caffeine intake, as well as dietary patterns.

These factors often combine and contribute to the onset of symptoms. Therefore taking them also into consideration may be required to reduce a current flare-up as well as reduce the chance of another occurring.