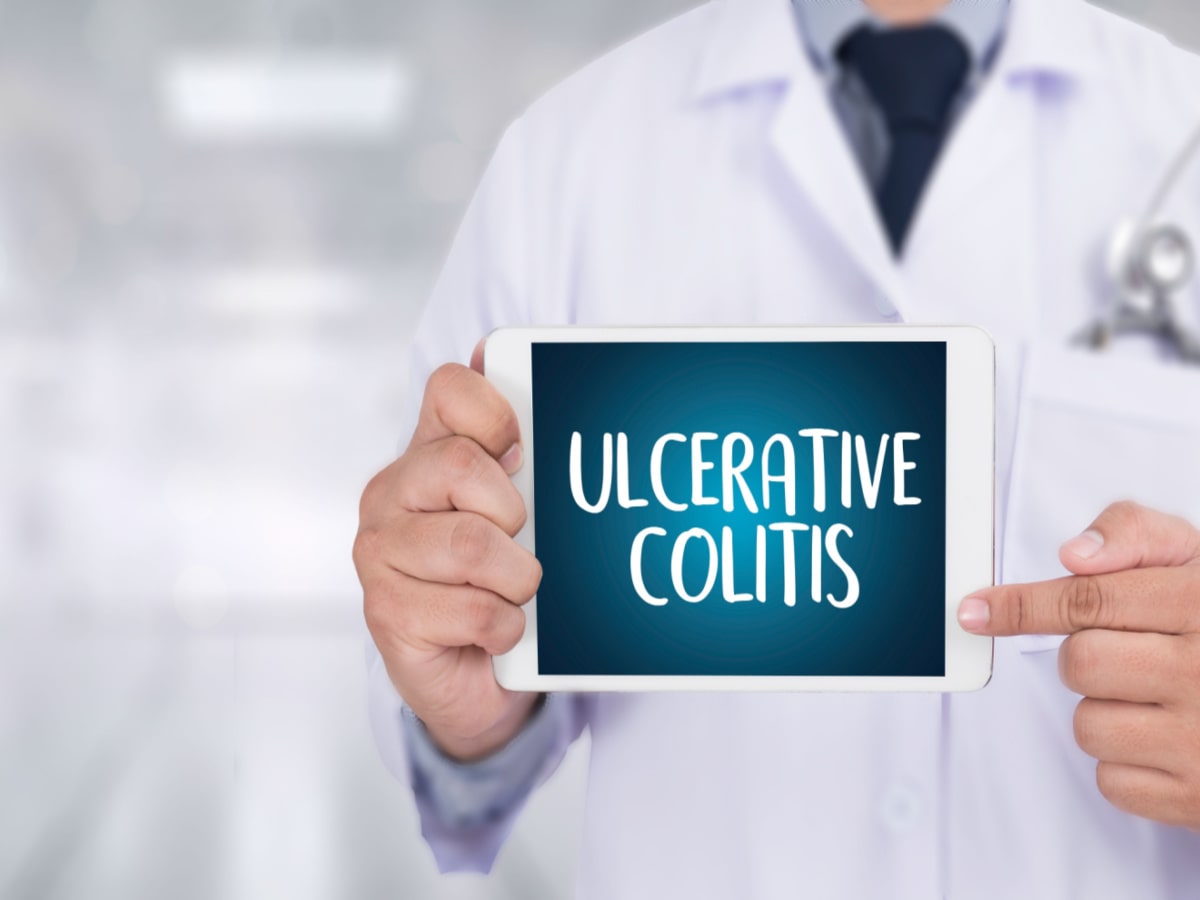 How is Ulcerative Colitis Diagnosed?

How is Ulcerative Colitis Diagnosed?

What is Ulcerative Colitis?

This form of IBD is present across the globe with rates increasing.  The rates vary due to factors such as age, ethnicity and location.

Ulcerative colitis is not as common in Eastern and Southern Europe. Additionally, Asian, African and Oriental populations are at least 10 times less common. [Source: Pubmed]

While this condition can be present at any age, there are 2 age groups where there is a peak in development.  The first is between the ages of 15 and 30 years of age and a second (smaller peak) between 50 and 70 years of age. [Source: Pubmed]

The exact cause of this condition is not fully known.  However, there are key factors that are understood which include:

Research indicates there is an interplay between environmental factors (which includes the gut bacteria) and the immune system along the gut lining.  This leads researchers to consider Ulcerative colitis as a condition that develops in genetically susceptible individuals due to a change in the immune response to what is inside the gut.   [Source: Pubmed]

When researchers look at genetically identical twins the rates of IBD vary.  For Ulcerative colitis, there is a 15% risk of both twins having the condition while Crohn’s disease (another form of IBD) is there a 30% risk.

Factor that leads to an increased risk of the disease is the Western lifestyle. This is reflected by the fact that when children emigrate from a region where there is a low prevalence of Ulcerative colitis to a region with high levels, their individual risk increases.  Whereas their parent’s risk does not increase.

While genetics can play a role here, this increase is understood to be due to environmental factors being crucial in childhood, especially in the gut microbiome and the maturation of the immune system.  [Source: Pubmed]

Further studies have indicated that smoking is linked to a milder form of the condition, later age of onset and reduced need for surgery [Source: Pubmed]

What are the symptoms of Ulcerative Colitis?

One of the most common symptoms of Ulcerative colitis is diarrhoea (often with blood) and which can also present with or without mucus.  Other digestive symptoms include urgency, tenesmus (the feeling that you need to pass stools, even though your bowels are already empty) and abdominal pain.

It is also possible for those with Ulcerative Colitis to have constipation [Source: Pubmed]

These symptoms can typically manifest as flare-ups than come and go.  However, they may become a lot more frequent and severe which can lead to hospital treatment.  [Source: Pubmed]

What are the tests for Ulcerative Colitis?

The diagnosis of Ulcerative colitis is made based on several factors.

This often begins with a medical history and the evaluation of symptoms. For example, if the symptoms align with the clinical features outlined below, this may then progresses towards tests to confirm the diagnosis.

These are in categories such s laboratory findings, endoscopic findings and histological features.

Clinical features (symptoms should be present for at least 4 weeks)

A colonoscopy (a camera) is considered the only definite way to make a diagnosis of Ulcerative colitis as well as being key in monitoring the course of the disease and response to treatment.

For a reliable diagnosis, 2 or more biopsies should be taken for 6 different sections of the intestines.  These are:

The key findings of this test that lead to a positive diagnosis of Ulcerative colitis include changes in the structure of the gut cells as well as higher levels of white blood cells. [Source: Pubmed]

The Western diet is considered a key risk factor for the development of Ulcerative colitis.  This test is associated with eating patterns that include high levels of processed meats, refined carbohydrates and high levels of fats. [Source: Pubmed]

Diet can also play a key role in supporting the gut both to reduce symptoms during a flare-up and help to maintain long-term remission of Ulcerative colitis.

It has also been shown in research that diet can play a key role in supporting the gut.  This is to both reduce symptoms and maintain remission.

The Specific Carbohydrate Diet is an approach that is based on the concept that certain sugars (carbohydrates) are absorbed in the small intestine while others remain in the digestive system.   These may then stimulate the growth of less beneficial species in the large intestine and contribute to inflammation.

This approach involves the removal of 2 main groups of carbohydrates (disaccharides and polysaccharides) which is theorised to support a balanced gut microbiome and reduce inflammation.

One study found this to lead to clinical remission in symptoms in 66% of the participants. [Source: Pubmed]

The IBD Anti-Inflammatory Diet is based on the specific carbohydrate diet which is then further laid out in a 3-phase approach.

The phase the individual starts with is to match their symptoms and from this point, as symptoms improve the intake a variety of foods in widened.  The speed at which this individual can move towards phase 3 is highly personalised and support from a nutritionist is required.  [Source: Pubmed]

In a 2014 study, 100% of the participants following the diet were able to discontinue at least 1 of their IBD medications.  However, due to the design of this trial, this diet has yet to be proven by rigorous scientific examination. [Source: Pubmed]

The Semi-vegetarian diet is a largely plant-based diet where the daily consumption of brown rice, miso soup, fruits, vegetables, and legumes are encouraged.  This also suggested that fish be consumed once a week as meat once every 2 weeks.

One study indicated 94% of those who maintained the diet over a 2 year period maintained clinical remission of their disease.  [Source: Pubmed]

Low microparticle diet. Microparticles have also been indicated to play a role in IBD progression.   These are man-made particles that may build up in the lining of the digestive tract leading to an inflammatory response.

While a clear diagnosis of Ulcerative colitis is important to guide treatment options, the use of medications is not without potential side effects.  [Source: Pubmed]

Approaches that consider dietary changes we well as the use of the research-based natural supplement are key to supporting the course of the disease.   This is the way we can support the gut and lead to longer lasting changes.