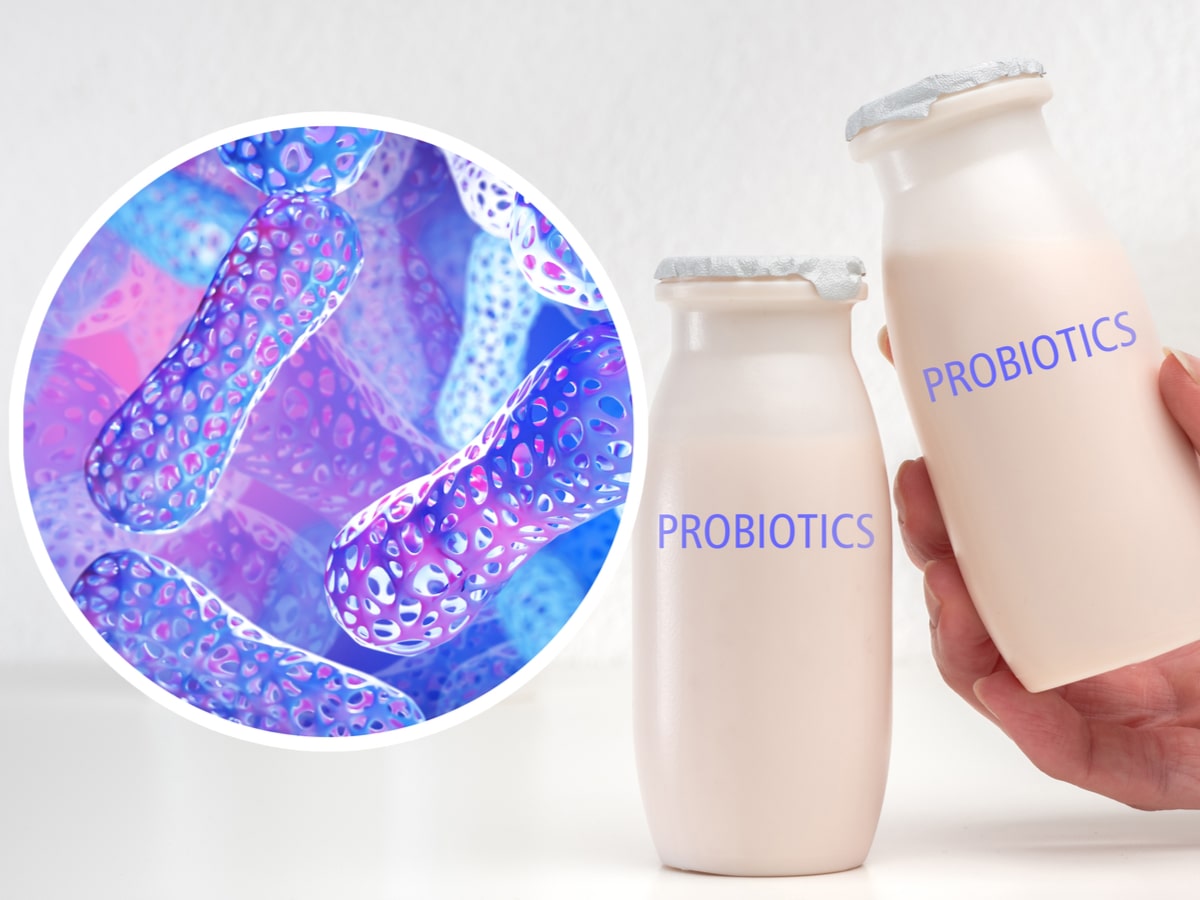 Is Yakult Good for IBS?

Is Yakult Good for IBS?

Contents
What are probiotics?
How do probiotics work?
Do probiotics help ease IBS symptoms?
Potential downsides to using Yakult
Should you use Yakult for your IBS?
Your Symptoms

Irritable bowel syndrome (IBS) is a health condition that affects many, with the number steadily on the rise. The symptoms vary, with most causing considerable discomfort in those that suffer from IBS. These symptoms include bloating, abdominal pains, constipation, and small intestinal bacterial growth, to name only a few. Understandably, such unenviable symptoms have caused many that suffer from IBS to seek treatment, both in established medicine and in more alternative treatments, such as apple cider vinegar (ACV).

One such alternative treatment is consuming Yakult, along with other probiotic drinks, foods, and supplements. Probiotics contain a host of “good” bacteria, which work to reduce the negative effects caused by less pleasant bacteria in our gut, while also working to restore balance to our gut ecology. But, as with most alternative treatment methods, this is a disputed claim.

In this article, we will explore how much truth there is to the claims surrounding Yakult and other probiotic foodstuffs. In doing so, we will answer the question – is Yakult good for IBS?

While the gut contains a variety of bacteria, the definition of a probiotic is specific.  These are seen as microorganisms introduced into the body that have beneficial qualities.  Primarily these will be introduced through supplements or fermented foods such as Yakult.

In the human body there is a wide range of bacteria and yeasts that are found naturally, with a particularly dense concentration found in the gut. This dense collection of microorganisms is often referred to as the gut microbiome. It is made up of the aforementioned bacteria and yeast, but also has a few unlikely inhabitants, viruses, for example. While this may sound bad at first, this microbiome helps keep our bodies healthy. Without it, we would suffer a range of adverse health effects, from poor digestive functions to a compromised immune system.

However, though this microbiome works to keep us in good health, its positive effects require a good balance to be struck. Should an imbalance occur, for example, an overgrowth of Candida or bacteria, it will lead to health issues. Probiotics can help to combat these negative effects and support a healthy balance to your gut microbiome over time.

That said, as no two gut ecologies are identical, the exact effects and time necessary to see them vary from person to person.

How do probiotics work?

As mentioned, probiotics work to establish and maintain a healthy balance in your gut microbiome. This is done, quite simply, by introducing beneficial strain of bacteria by means of a probiotic substance. Yakult is one example, introducing the Lactobacillus casei strain Shirota, but there are many more that can do a similar job. While certainly a mouthful, this particular bacterium simply helps ease the digestive process and prevent gastro-intestinal infection.

This strain of bacteria has been indicated to help with:

Other types of good bacteria help in different ways. Some create vitamins, others help keep bad bacteria out of the blood, while others still assist with the breaking down of medications and other tough substances. This is a regular occurrence within your body without the consumption of probiotics, though some people occasionally need an external contribution of good bacteria to help their microbiome get back on track. (pubmed)

While the proposed effects of Yakult and other probiotics certainly sound nice, alternative health treatments don’t always meet the expectations. In this case, can Yakult really help address the obtrusive symptoms of IBS?

Studies are numerous. One study, (1) for example, indicated that potential beneficial effects of Yakult in SIBO. SIBO, or small intestinal bacterial overgrowth, highly associated with IBS.

SIBO has many underlying causes but common underlying factors include problems with digestion, causing food and waste to slow and coalesce, creating the perfect environment for bacterial growth. It is this bacteria, and the overgrowth of it, that causes health issues, and is therefore important to treat. The study measured the effects of Yakult on SIBO, specifically its ability to reduce the number of negative bacteria. It found that although there was no improvement to the symptom score, it was observed that patients displayed indicators of SIBO reduction, with altered fermentation patterns being one such indicator. (1) [Source: Pubmed]

While the previously mentioned study is somewhat conflicted in its findings, suggesting Yakult offers some beneficial effects, albeit inconclusively, other studies give Yakult and other probiotics more decisive praise. For example, this NIH article (2) extolls the benefits of probiotics, both as a treatment to IBS, and as a treatment for other afflictions, without casting much doubt on its use. In fact, the study goes as far as to suggest the scientific community regard probiotics as an evidence-based treatment, rather than an alternative treatment. [Source: NCBI]

As with anything, Yakult isn’t an exclusively positive treatment. Many of the potential side effects are fairly manageable and rare, though they do mean it isn’t necessarily right for everyone.

Possible reasons for these reactions are based on individual tolerance to dairy and also the underlying reasons for symptoms.  Further to this, as Yakult is a fermented product, those with histamine intolerances or sensitivities may find it hard to tolerate. (pubmed)

More malignant downsides to using Yakult exist, however, though are considerably rare. As mentioned before, everyone’s gut microbiome is unique. Therefore, it is almost impossible to determine exactly how any given person will react to Yakult, or any other probiotic for that matter. Some of the rarer, though unpleasant, reactions to Yakult include rashes and other skin problems. Along with stomach problems, such as stomach cramps or diarrhea. While suffering gut problems as a result of taking a treatment for gut problems is a massive issue, the most likely cause is sensitivity. A troubled gut with a particular ecology may be shocked by the sudden introduction of good bacteria. Resulting in stomach issues of various types and severity.

They can be addressed, however. By decreasing the amount of Yakult you drink, while simultaneously increasing your water intake, symptoms will likely subside. You can start to enjoy the benefits Yakult provides without suffering unpleasant side effects. However, if these side effects do not abate within roughly two weeks, it is advisable to consult a specialist.

Should you use Yakult for your IBS?

With the jury still out on the use of Yakult as a treatment, it is difficult to give a decisive answer to this question. Depending on where you look, Yakult provides a range of health benefits. From boosting the immune system, to easing IBS symptoms. The research appears to weigh in favour of the asserted benefits, certainly more so than some other alternative treatments.

Regardless of the research, there are definite side effects. Though you are unlikely to experience them, it is still entirely possible. Before using probiotics, you may want to consult a specialist for advice. Should you start, you should note your experience with Yakult, or your preferred probiotic, to see how your gut and your symptoms respond. If you do this over 2-3 weeks, you will have a good amount of data to draw from.

As gut health is highly personalised, if you feel you have already tried lots of things (Yakult included) you may like to contact us for a free consultation to help you take back control of your digestive issues.