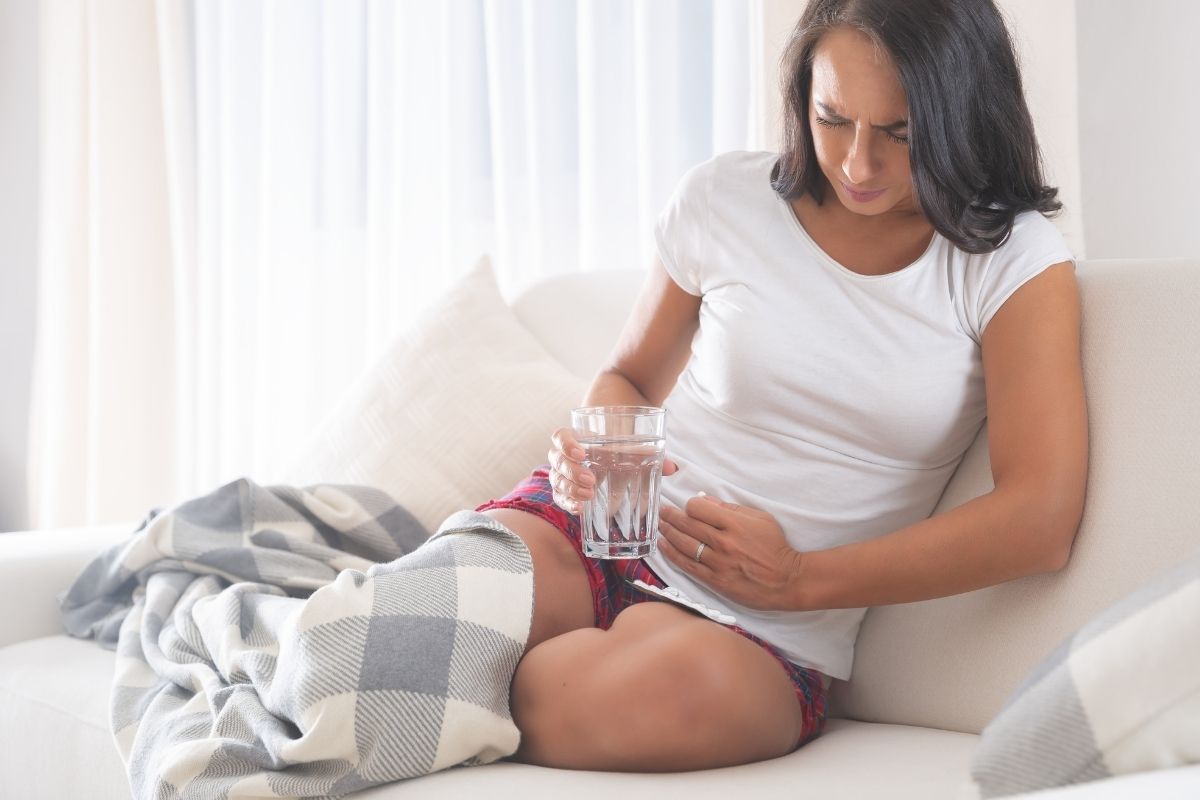 Irritable bowel syndrome and inflammatory bowel disease are two distinct gastrointestinal disorders. Both of these disorders may have different symptoms, but they can be difficult to distinguish because the symptoms can be so similar so it’s important to get an accurate diagnosis. IBS is often associated with constipation, cramping, bloating and diarrhoea. Meanwhile, IBD is associated with blood in the stool

People with irritable bowel syndrome are more likely to have other functional disorders, such as fibromyalgia, chronic fatigue syndrome and chronic pelvic or temporomandibular joint disorder.

According to the International Foundation for Gastrointestinal Disorders:

IBS is a medical condition that can cause a number of signs and symptoms. These may include:

Inflammatory bowel disease is a chronic inflammatory disorder of the digestive system, which can cause pain and discomfort. Symptoms vary depending on severity, but may range from mild to severe.

Signs and symptoms that are common to both Crohn’s disease and ulcerative colitis include:

What is the difference between Crohn’s disease and irritable bowel syndrome?

Inflammatory bowel disease, or IBD, is a disease that affects the bowel and other parts of the body. While Crohn’s disease isn’t fatal, it can cause life-threatening complications.

Irritable bowel syndrome is a digestive disorder that can have a wide range of unpleasant symptoms. It’s important to find out what triggers your symptoms, so you can better manage them or avoid them entirely.

What can be mistaken for IBS?

Irritable bowel syndrome (IBS) is a condition that is difficult to diagnose because it shares many of the same symptoms as other conditions. Your doctor will help you figure out what’s going on, but it helps to learn about stomach-related issues.

When your colon is inflamed, it’s hard to achieve regular bowel movements. Your symptoms may include watery diarrhoea and stomach pain. If the condition is not treated, your doctor may recommend a dietary change or medication, as well as surgery.

Crohn’s Disease is a type of inflammatory bowel disease that can affect any part of your digestive tract. It’s characterized by ulcers and inflammation in the gut, as opposed to ulcerative colitis which only affects the colon. Crohn’s disease is an inflammatory bowel condition that can affect a child’s growth and development. The disease often runs in families, so if someone related to you has it, the odds go up that they will also have it.

Lactose intolerance can be harmless, but it can still make you uncomfortable. Symptoms usually start within 30 minutes to 2 hours after having dairy foods and may include stomach pain, bloating, nausea, gas or diarrhoea.

It’s common to experience a variety of symptoms when you’re under stress. This could include your stomach slowing down food as it moves through your digestive system, which can lead to cramping or gas. If you have been experiencing stomach pain that doesn’t respond to traditional treatments, then ask your doctor about drug-free treatments like hypnosis and learning to relax.

Coeliac disease is an autoimmune condition. If you have it, your immune system attacks the small intestine each time you eat gluten. A blood test can show if you’re more likely to get coeliac disease. If your doctor suspects you have coeliac disease, they’ll do a biopsy to confirm it. The only sure treatment is a gluten-free diet. Managing your condition is important so that you don’t cause any irreparable damage.

Your gallbladder is a small pear-shaped organ in your belly that stores bile. Bile helps you digest food. Sometimes, bile hardens into stones and may not cause symptoms unless they block something inside of you. Gallstones can cause abdominal pain on the right side of your abdomen, which may not be relieved by sitting. If you have a fever with chills or notice yellowing in your skin or eyes, contact your doctor immediately.

Your pancreas helps digest food before it is absorbed by the intestines. If it does not work properly, you may experience symptoms similar to IBS, such as diarrhoea, bloating, and abdominal pain. Depending on the cause and severity of pancreatitis, treatment may include painkillers, dietary changes, and surgery.

Sometimes women’s endometrial cells begin to grow in other parts of the body. This includes your intestines. It causes symptoms such as irritable bowel syndrome, but it may be worse before and during menstruation. Another sign that you may have endometriosis is pain when you start to have a bowel movement or have sex. Some women also have rectal bleeding. Your doctor can diagnose intestinal endometriosis through different imaging tests. Sometimes you can control your symptoms with medicine. Your doctor may also recommend surgery.

The bacteria in our intestines help us digest food and maintain our health, but people with irritable bowel syndrome are more likely to carry too many of these bacteria. This can cause unresolved diarrhoea and weight loss.

The symptoms of pancreatic cancer are similar to those of IBS, which is irritable bowel syndrome. And it can cause you to feel full and bloated.

Irritable bowel syndrome (IBS) is a disorder that causes muscle contractions in the intestines. These foods can commonly trigger IBS symptoms:

After completing an extensive nutrition training program at the College of Naturopathic Medicine I now run two practices. One in Wilmslow, Cheshire and another in central Manchester.I am a member of the professional body BANT (British Association for Applied Nutrition and Nutritional Therapy) and the CNHC. In addition, I have also reached the occupational standards of the NTC (Nutritional Therapy Council), which has strict codes of practise and ethics.

In such a developing and exciting field I am remain focused on keeping up with emerging research. My continued growth and development as a practitioner comes through peer-reviewed research and regularly attending accredited seminars and conferences around the country.